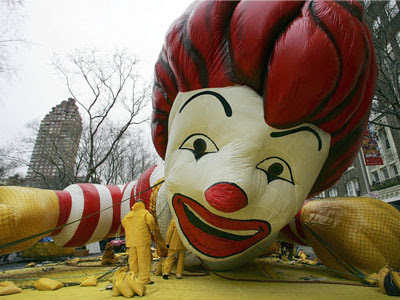 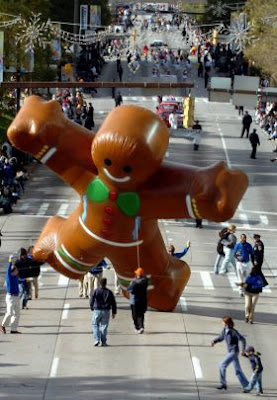 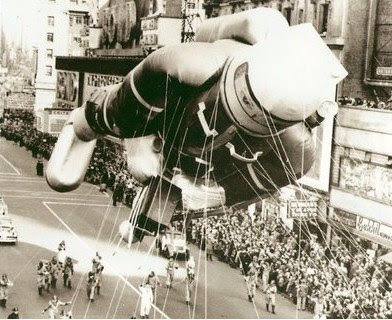 The Ronald McDonald balloon is, quite possibly, the most horrifying thing I have ever seen.

You must live a boring life if that is all you have to complain about is the header of a website.
I helped design the site, and would appreciate you taking the picture down as it infringes on copyright laws.
If you do not take this picture down, you will be hearing from our lawyers.

Picture duly removed. Bummer that you didn't like the shout-out. It's not every day you have a picture of jets heading straight for innocent hot air balloons. I loved it. Stay safe, keep up the good work and visit again soon.

Everyone should experience a hot air balloon ride; they are unlike anything else in the universe (I think). But you must be patient, because if the weather isn't right (hardly any wind at all) you don't go. And if you've gotten up very, very early to make it to the launch site, you can get very cranky if you don't go.
Everyone should also experience the Albuquerque Balloon Fiesta at least once in a lifetime. Consider the entire sky filled with these enormous bags of hot air! Fabulous!
Anne in Wisconsin

Wow. Someone needs to lighten up.
*rimshot*