The Devil in the Details

If March comes in like a lion and goes out like a lamb, it's my guess that February is best characterized as a rabid Tasmanian Devil hopped up on Gatorade.  Translation:  February kicked my butt.

It used to be (in the good old days) that December was the busy month.  School holiday parties, and then Christmas vacation and visiting family.  Several years later May got shoved into the busy-month category.  Now there were winter school concerts and spring school concerts, and if you lump the first week of June in with May, you can include some end-of-the-year activities.  Now it seems as if all the months want in on the action.  From the second week of January until yesterday there was an event every single weekend.

We started with State Honor's choir out of town.  TeenTuna was selected for this group based on an earlier audition last fall.  She was awarded the opportunity to go out of town and rehearse for three days straight and sing a concert.  The choirs were amazing and the experience was fabulous.  GramTuna and I threw in a quick trip home on Saturday morning of the weekend extravaganza so I could sing a gig and turn around and come back again.  Good times.  TIRED TIMES.

The next weekend was District Solo & Ensemble.  Time to sing for the judges again.  Despite the fact that it really was an all-day affair, everything went well and all judges were duly pleased.  The reward for doing well at Districts is doing it all over again at the State level this April.

The next weekend?  Sadie-Hawkins dance.  If you don't think there isn't just a tiny bit of stress in that event, then you obviously don't live with a teenage girl.  Luckily the gang went to the dance in herd formation, and once again, a good time was had by all, OMG drama notwithstanding.

It's so funny....I actually have to refer back to my Google calendar to remember all this because it may have only been two weeks ago, but heck, last weekend might well have been last year.  SO, the weekend after Sadies was a little trip to New York City.  The high school choir was selected (along with several others) to perform Carmina Burana in Carnegie Hall.  Add to the fact that the school was scheduled to perform it the Tuesday before they left with yours truly singing the soprano solo work.  We got to dress rehearsal, sang the entire work, and then they canceled the performance due to snowpocalypse number I've-lost-count.  Luckily the weather cleared up enough two days later for the kids to have a nice lllooooong busride to NYC.  Unlike her trip five years ago to NYC and Carnegie Hall (and yeah, what teenager makes a RETURN APPEARANCE to Carnegie before she's 16??) when we went along to hear the concert, I lovingly drove her to school, tossed her stuff out of the car, and told her I'd see her on Monday.  My kid is growing up.

The final huge event was the high school talent show.  Drama!  Nerves!  Buy New Clothes!  Everything has to be perfect!  Wow.  I hadn't been to a high school version of the talent show and really had no idea what to expect.  TeenTuna was singing and I was playing, which is our usual MO.  The talent show included rock bands, dancers and singers doing a Lady Gaga medley.  We were second in the 2nd half, and as the first act started (some rock-type song ... I guess?) I was so worried people wouldn't be quiet.  We were just a singer and a piano.  But when the lights came up, they quieted right down, and off we went.  The song -- very funny and cute -- seemed to be just the right choice.  The audience laughed in the right places, and when we got loud and crazy (the actual musical direction says "rip shit up") the crowd went wild.  To say that TeenTuna had the time of her life would most likely be an understatement.  It was more than she could have ever hoped for, and frankly, the perfect wrap-up to six weeks of insanity.

Now it's March and we've survived the beast of February.  This week I'm on break from teaching, and as I wished all my kids fun and restful breaks, several of them asked me what I would be doing over break.  I told them I was going to only work 40 hours over break and not 60 hours.  I told them I looked forward to zero hour-long commutes in lousy weather.  I hoped I could catch up a bit on my sleep.  I really have a lot of work to do this week, including blocking and choreographing everything for my workshop class and getting a large chunk of music under my belt, but somehow, someway, it will get done.  After all, if the Tasmanian Devil can do a grapevine exit stage left at the end of February and we're all still standing, there's hope. 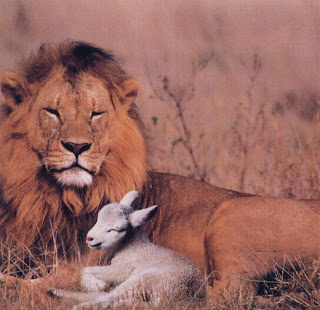