Once Upon a Time

In my family there has always been one consistent barometer of happiness: singing.  When I was little I would sing everywhere at all times.  From patriotic serenades in the bathroom which I do NOT remember (without proof I'd like to chalk this up to family lore of the lying liars variety, except I don't think my mother would do such a thing) to my non-stop sibling-infuriating vocals during our frequent car trips to Detroit, singing was my thing.  Unsurprisingly, my daughter has always been the same.  If she was singing, she was happy.  If she was humming, she was happy.  If she wasn't, something was wrong.  Her singing was and still is a wonderful affirmation of her happiness.  No need to ask.

Even as adults today, both of us still cling to music like an emotional lifeboat.  When things go wrong, I might fire up Act II of Tosca -- because nobody was having a worse day than Tosca.  When things are going great, it's not unusual to hear Spongebob Squarepants howling, "It's the best day EVER!!" I allow it because I know it makes someone happy to annoy me with the vocal stylings of Mr. Pants.  And besides, who am I to argue when it's the best day EVER!?

Yesterday a couple of people asked me what story I might tell first.  I know I promised a slew of juicy tales, but today, as everyone knows, there is only one story, and it is going to play out through the day and well into the night.  If we're lucky, we'll know the ending Tuesday night or Wednesday morning.  If we're unlucky, we're not going to be partying like it's 1999.  More like, we're going to be litigating like it's 2000.

Like so many others, I am tired of this story.  I'm tired of the bickering, the misrepresentations, and the outright vile tone.  If it was a book I would have put it down a long time ago.  As it is already, I don't answer my phone or my front door, toss 90% of my mail sight-unseen, and watch very little TV.  For a story that is supposed to engage the entire country in thoughtful discussion, it has managed to turn me into an distrustful hermit.  Rip Van Winkle and a 20-year nap sounds pretty good to me right about now.

This is not to say, however, that I don't have an opinion on how this story should end.  I most definitely do.  I care greatly what happens and who gets to hold the picture book for the next four years.  I did my research and cast my ballot thoughtfully and hopefully for what I consider to be the best future for me, my family, my friends, my gender, my community, and my country.  And no, I'm not going to tell you how I voted.

As wonderfully open as our vast, messy, imperfect world of communication is, it has turned conversation into accusation and opinion into dogma.  It has turned respectful philosophical disagreements into acrimonious ravings.  The art of debate has long since been chipped away by sound bites and is now fueled by money and a dangerous desire for power at the expense and disenfranchisement of many.  Our great open electronic landscape has given great power to those who wish to hide, allowing misinformation and hatred to be hurled across the Internet by anonymous, vitriolic drones. This isn't the oral tradition I wanted passed down to the next generation.  This isn't the story I want to be a part of.  I don't even like the font.

If you knew me, or met me, I'd be happy to share my views and listen to yours.  I'm not only appreciative, but proud of those who have shared their thoughts calmly, honestly and rationally, without name-calling or rancor.  It's a wonderful trait that should be not only admired, but embraced immediately.  I like to think that if it was, we'd all feel so much better.  I know I would.

In the meantime, I'll be spending the majority of my day in my emotional lifeboat.  I'm going to surround myself with music and art and beauty.  I'm going teach and listen to my students sing of triumph and sorrow, of beauty, truth and joy.  I'm going to help them weave fantastic musical tales.  And then I'll drive home and sing my own songs of hope, love and angels.

That's a story I can believe in. 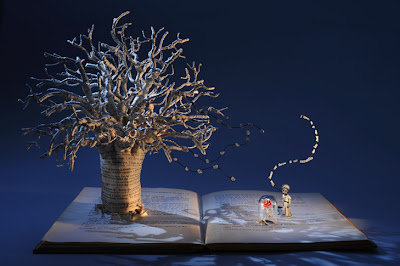 Posted by GreenTuna at 8:12 AM