The Riches of Deficit Living

Deficit (n.) - Inadequacy or insufficiency
- A deficiency or impairment in mental or physical functioning.
- An unfavorable condition or position; a disadvantage
- The amount by which a sum of money falls short of the required amount


Welcome to my world.  I would say that I am queen of this kingdom and ruler over all, but ruling anything or anybody requires far too much time and effort.  So whether you're just visiting or here for the long haul, you're on your own. 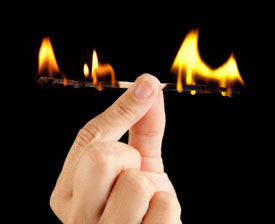 I really began living life in the deficit during college.  I wasn't planning for it to last long, but a full schedule of  classes combined with multiple part-time jobs (not to mention additional gigs whenever I could get them) quickly proved that life in the deficit was the new norm.  My days were filled with early morning practice, classes and work.  My nights were a round-robin of work (different work)  rehearsals or concerts.  Weekends were a mixed bag of any and all of the above.  If it sounds insane, let me assure you, it was.  But somehow between the sleep deprivation, the exams, the research papers, the drop-the-needle cram sessions (a reference few will understand), the lessons and incessant criticisms that are part-and-parcel of a performing arts education, the midnight work shifts that seemed to last an eternity and the unseemingly unanswerable question when will this madness end?  there was a great deal of happiness.  There was music.  There was singing.  There was art.  There was learning.  There was acing that drop-the-needle final exam.  There was embracing the criticism and hammering away at the technique to finally achieve a breakthrough.  And there was an unlimited supply of free popcorn as we waited for Bruce Willis to triumph yet again in Die Hard as Beethoven's 9th Symphony blasted moviegoers out of their seats into the night.  The days and weeks and months were like burning a candle at both ends with a flamethrower.  It was life in the deficit, and still, it was good.


Time marched on, and eventually a wedding, a baby and a divorce were added to the the mix.  I traded research papers and exams for diapers and day care.  I added jobs and subtracted jobs, but never made enormous gains in either the sleep or financial department.  There was always enough to get by, but sometimes not by much.  It was a difficult and worrisome time, and somehow it seemed busier than ever.  There were problems with day care, toddler germs, and a preschooler that came with an encyclopedia's worth of challenges but no instruction book.  We dealt with the elementary school bullying, a scarily advanced sense of music, and life with a too-smart-for-her-own-good pint-sized drama queen who, early on, possessed an astonishing lack of coping skills, thus requiring us to hold daily briefings outlining "the plan" lest we risk total meltdown.  And despite it all, there was a great deal of happiness.  There was music.  There was singing.  There was art.  There was learning.  There were bedtime stories that became 4-year old impromptu operatic extravaganzas.  There were car rides with the same ten books on permanent rotation.  There were made-up songs with 97 verses...that rhymed.  There were living room recreations of Riverdance -- complete with a grand running entrance from the bedroom -- and evening performances of 'The Bottle Dance' from Fiddler on the Roof done in footy-pajamas.  There were days I didn't think I could do it, much less be everything to everybody.  It was life in the deficit, and somehow, with family and friends by my side, it was still good.


And now here we are.  We survived the trial of fire known as elementary school, middle school and high school.  We survived first dates, homecomings and proms. We managed to come out (not entirely unscathed, but still fighting) with college acceptances in hand, a graduation cap on our head, and excitement for the future.  My life in the deficit is as it ever was: too many jobs, not enough money, and never enough sleep.  I've also managed to discover some new fun worries that have joined my old favorites.  And believe me, it's still insane.  There are days I think I won't be able to do it.  But thirty years after I did the academically inspired deficit tango, I am now able to watch my daughter embrace college with more excitement and joy and dedication than I ever thought possible.  Because for her there is music.  And singing. And art.  And learning.  And embracing criticism and hammering away at technique.  There are victories, and yes, there are setbacks.  But week after week, instead of backing away from life in the deficit, it's as if she's recognized all the opportunities placed in front of her and all she can do is grin that slightly wicked grin and say, "Let's do that AGAIN!" 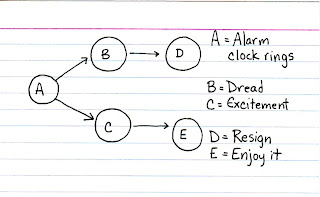 So when you ask us how we are, most likely we'll tell you we're tired.  We're overstretched.  We're anxiously awaiting a true day (or more!) to rest and regroup.  We know we do too much.  We know just how tired we are.  But know that underneath all that exhaustion, you can be assured that we are grateful for the joys we have had and the opportunities we've been given.  It's not just life, it's a good life.  Even when it's life in the deficit.
Posted by GreenTuna at 2:40 PM

Have you ever heard of Celeb Networth - the famous website for celebrities information?