And then Life Crept In...

...and smacked me in the face. 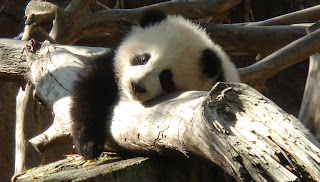 Oscar nominations are out, so I've switched over the list on the left side bar to reflect current nominations. I've also cleared out my pathetic list of movies seen and started anew for 2008. Six whole movies seen already? Why yes, it's true, in no small part to all you can watch Netflix and late hours spent in front of a computer. As soon as I get the word for the annual Oscar Derby link, I'll post it so everybody can make their guesses. As usual, seeing any of these movies is NO advantage, and sometimes it seems like it's more of a detriment. However, I'm going to try to see a few things here and there during the next month and offer up my 2-cents.

Upcoming stories to tell (so I don't forget) -- NephewTuna's basketball game, TeenTuna's ear piercing adventures (wow, I AM behind), Middle School Extravaganza (How extravagant is it? Oh my, I guess I'll find out on Wednesday), Teaching, teaching, teaching and working, working, working, movies I've seen lately, and then various and assundry nonsensical items and memes with which I am sure to bore my faithful readers.

Meanwhile, I can report that lately that life has basically been rather meh. It's nothing in particular and everything in general. Much of the reasons are both non-newsworthy and really pretty lousy excuses. Can I complain about the cold and the wind and the snow? Sure I CAN, but it's January in Michigan, so the question really is, should I? I'm not so sure. It's still dark early and dark late, but we know -- at least intellectually speaking -- that this is improving bit by bit each day. It's almost Lent (Baby G sure grew FAST this year, didn't he?) and I just got all the Christmas crap my lovely holiday decorations downstairs about a week ago. Please notice I didn't say put away. Let's not rush the season more than it already is.

I don't know what I'm waiting for or looking for or bummed about or why I continue to wake up at 4am for no good reason whatsoever. All I know is that things seem off. Part of me wants to wait it out, part of me wants to figure it out AND FIX IT, and part of me just wants me to shut it and cheer the hell up; preferably, yesterday. Currently, the only part of me that's winning is the time-wasting soul-sucking part that keeps finding rerun marathons of America's Next Top Model. Bye Amanda! I liked you, but didn't you know the model with the obscure medical ailment never wins? Bummer, that.

So that's life. You haven't missed much, but I'll bring all y'all up to speed as best I can. Thanks for sticking around, and thankfully we're finally past "I think your name was Phil."

He sure got a lot of press time, didn't he?
Posted by GreenTuna at 7:56 PM