Once upon a time there was a maiden who lived in a faraway kingdom full of all of the usual enchanted places, magical people and fantastical things that one might expect in a faraway kingdom in a fairy tale.  This particular maiden was an extraordinary beauty with long locks of hair, a dress that sparkled like sunshine and a voice that would charm all the forest creatures.  What was interesting was that she wasn't the only maiden who came complete with beauty, long hair, sparkly dresses and a lovely voice.  In fact, this particular kingdom seemed to be overrun with fair and lovely maidens, so much so that none of them seemed particularly special at all. 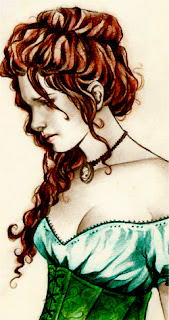 In this faraway kingdom there were also Earls and Dukes and Princes and Squires and Lords and Barons.  In other words, you couldn't swing an enchanted frog without hitting a man with fancy titles.  As is also the case, hitting a fancy-titled man with an enchanted frog wasn't necessarily the worst thing you could do, but they might disagree.

Now, as you might imagine, the forest in this faraway kingdom contained all sorts of secrets, some of which were not particularly nice.  The Earls and Dukes and Princes and Squires and Lords and Barons didn't take much notice, for they were often too busy talking to each other about themselves.  They had no time for forest riff-raff, and some even doubted the existence of anything unsavory.  The multitudes of maidens, however, thought otherwise, and took care to avoid the dangers that lurked in the forest. Over the years they learned many truths to keep them safe. They knew it was unwise to enter the forest after sunset.  They also knew that their voice was a powerful weapon, and if they used their lovely voice, alone or together, their strength would multiply and help would arrive. 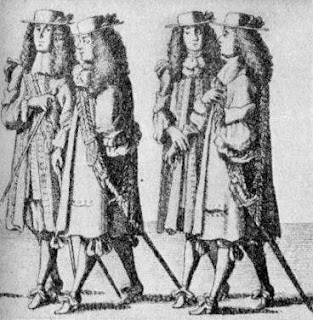 As is the case with these stories, one day something happened.  And then many, many things happened. One day a maiden found herself in the forest in the midst of day.  Why she was there didn't matter.  She might have been picking berries for a pie or gathering flowers for a garland or making friends with the small forest creatures.  Whatever the reason, there she was.  And then, as is the case with stories such as these, there was the dragon.

There is nothing good about the presence of a dragon.  They appear at terrible times and do terrible deeds. They don't always follow the rules, and this one, on this particular day, decided not to wait until dark to venture from his cave.  That is why, in the midst of day, the dragon came upon the maiden.  When she saw him she was so surprised and so very, very afraid, she was unable to make a sound.  Her lovely voice was as frightened as she was.  Without her voice she was powerless.  And then terrible, terrible things happened. 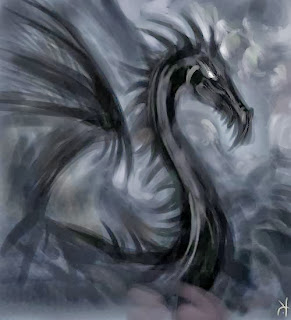 It wasn't until much later that the maiden was discovered in a terrible state.  She was brought back to the village in the faraway kingdom with all due haste.  Someone desperately needed to tend to her wounds.

The town was in an uproar.  Everyone spoke at once and there was great confusion.  The Earls and Dukes and Princes and Squires and Lords and Barons asked each other why the maiden would be in the forest and offered all sorts of explanations formed from their own imaginations.  The maidens, however, were only concerned with caring for the injured. The more they spoke, the stronger their voices became.  This was a surprise, because it had been believed that their power came solely from happiness and singing.  Through this horrible ordeal, they discovered there was great power in their words.

So they continued to talk about the forest and the dragon and the terrible terrible things that happened.  This interruption only proved to annoy the the Earls and Dukes and Princes and Squires and Lords and Barons even more. And then they became angry.

"Why was she in the kingdom?"
"Didn't she know the rules?"
"Why didn't she use her voice?"
"I don't believe a dragon would show themselves in the midst of day."
"Perhaps her delicious berries lured the dragon from his den"
"Perhaps the scent of the flowers intoxicated the dragon"

On and on and on the discussion went until the dragon, who had done terrible, terrible things was all but absolved, and the maiden -- half dead from her torment -- carried the blame alone.

Shocked and dismayed, the maidens continued to talk and their voices grew stronger still.  This, of course, made the Earls and Dukes and Princes and Squires and Lords and Barons very annoyed indeed.  So annoyed, it prompted them to take action.

The Earls and Dukes and Princes and Squires and Lords and Barons summoned all the maidens to the council.  When they arrived, they discovered with surprise and horror that the council had no interest in dealing with the dragon.  The maidens demanded safe passage through the forest.  They pleaded for compassion and begged the council to help them tend to the poor maiden, now consumed with grief and sorrow.  The council replied that if only the maiden had brought an escort with her to the forest, the dragon would have been slain and the maiden would have been safe.

And with that one single pronouncement, the Dragon was free once more.  The Lovely Maiden lived out her days in silent sadness full of grief, and the rest of the maidens of the village, overcome by disbelief and anger fell silent, losing all the power that their voices had brought.

And what of the Earls and Dukes and Princes and Squires and Lords and Barons? Finding themselves free from the pesky thoughts, opinions and interruptions of others, they were able to talk to themselves about themselves once more.

And there was no happily ever after.

Wow! That is powerful and all too often very, very true. Thank you for writing it!