And so, the season of snow has begun.

Considering we are over a week into December this should hardly be news for someone who lives in the Mitten State. But news it is, and if you ever read all the EMERGENCY E-MAILS I get these days about all sorts of EMERGENCY things like Swine Flu (it's here) and Slim Fast (it's gone), going all Chicken Little on snowflakes in December is the next logical step. 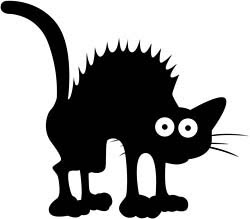 I'm not sure when we all became a nation of collective whiners, cry-babies and scaredy cats. But we are, and then some. And the news cycles eat up the distrust and panic and then regurgitate it to the general public as if we were baby birds screaming for our next meal. Part of the blame has to lie with the 24/7 news cycle. It's got to be hard to fill up all that broadcast time with "real" (bad or sensational) news, or even "entertainment" (bad or sensational) news or "filler" (stuff you don't care about, so the time is generally spent channel surfing, checking email or peeing) stories. It seems an obvious choice to turn to the weather which is bad or sensational all the time. Doesn't matter if it's hot, cold, sunny, windy, rainy, snowy or humid. If there is a weatherman clinging to a tree, a roof blowing off a gas station or a fool paddling down the street in a rowboat, we are hooked and horrified. How awful! How scary! Glad it's not me! 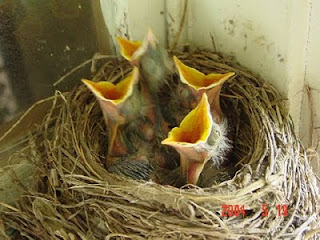 EMERGENCY EMAILS pander to the panic-stricken. My EMERGENCY EMAILS dealing with the weather told me on several different occasions today that it was going to SNOW, which, once again, is hardly remarkable in the month of December. Of course, how much it is going to snow varies with your location. At my house the predicted amount tonight is ... two inches. That paltry amount hardly seems to warrant an EMERGENCY email, and I must have received 10-15 of these EMERGENCY emails already today. Now the EMERGENCY EMAILS include helpful survival tips, such as telling people not to drive, and reminding those who don't listen to bring a blanket, flashlight, extra food, flares, cellphones and a list of your next of kin. Seriously people, I'm just driving around in town, or going to work or to the store.  I can't see Russia from my house and I'm not stocking up for the Iditarod. 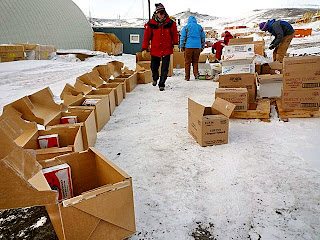 Now, if I lived in Florida or Hawaii and a massive snow storm was about to dump 8-14" in one evening, it would probably warrant an email or two, complete with a stern warning and instructions. But in Michigan, where snow storms and construction cones are is as common as Great Lakes and mosquitoes, a simple note saying "It's going to snow. You know the drill" would be plenty enough. I'm both resourceful and filled with a respectable amount of common sense. Email or not, I think I can figure out snow in winter. 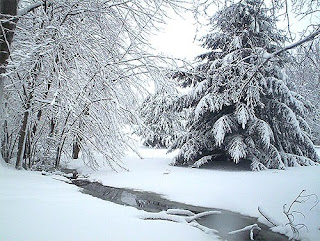