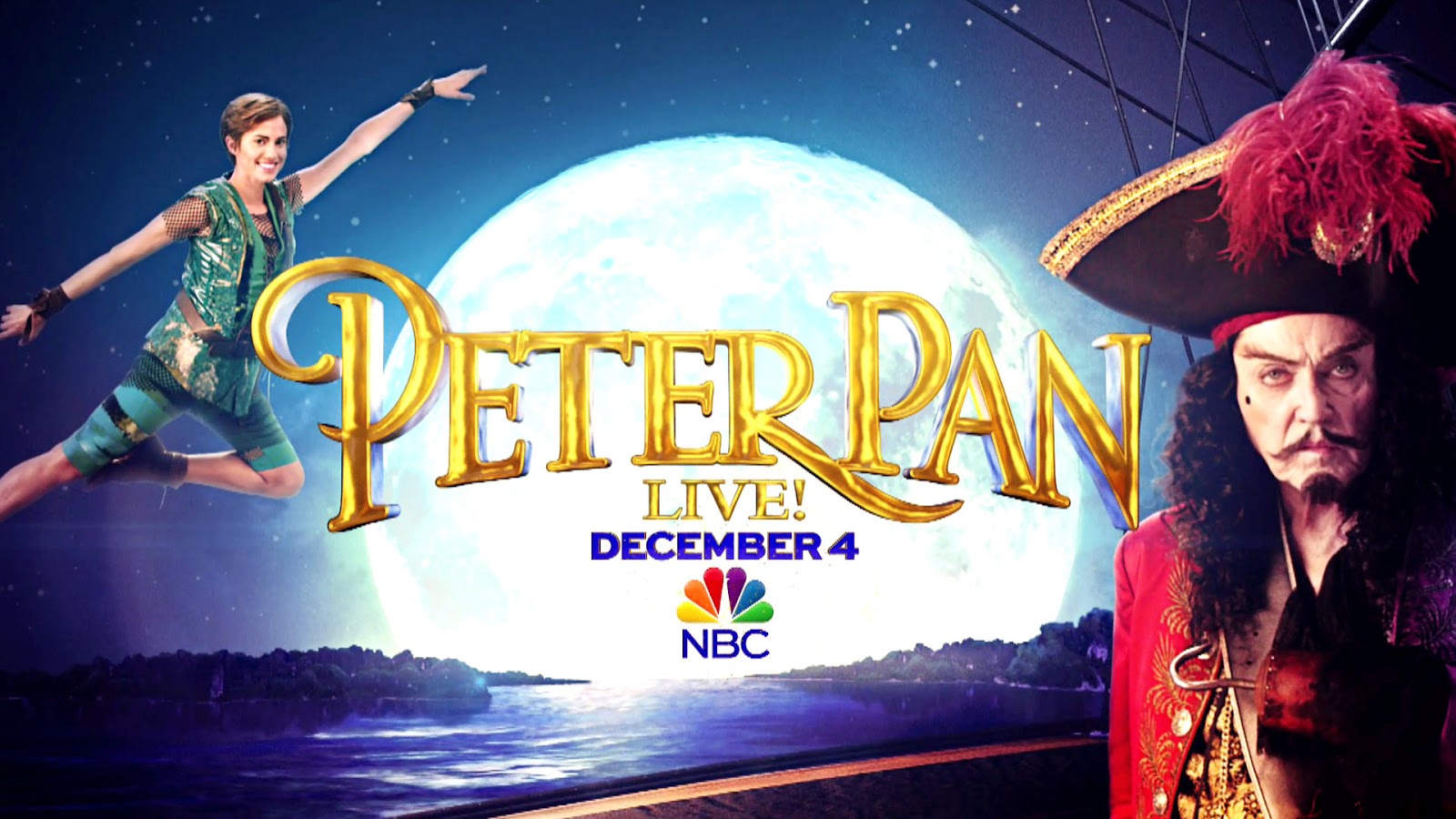 Tonight is the second year NBC television is broadcasting a live musical theater production.  It's on as I type, and currently Peter Pan and Captain Hook are having a sword fight of sorts, but it seems a bit anemic, as if they are both allergic to the sound of clanging metal.  Because I didn't get home until an hour into the broadcast, I'm not paying a lot of attention tonight, but have no fear, tomorrow I'll be watching it with critical eyes and ears.

There has been a great deal of chatter about this show, due, in large part, to last year's live musical theater televised broadcast of The Sound of Music -- which was an epic production, and by 'epic' I mean really, really bad.  This particular production of The Sound of Music relied heavily on celebrity name recognition, and as the viewing audience learned within the first thirty seconds of the show, being a highly successful country pop singer in no way means you can adapt to Broadway singing, much less act.  And believe me, there was much, much MUCH less acting.  Despite the problems, though, there were still bright spots by several performers.  Unfortunately, those high points only seemed to make the low points even lower.  In a nutshell, it was a train wreck.  A much talked about, ridiculed, snickered-over train wreck.

Once the cast of Peter Pan was announced, the talk ramped up, and as the time drew closer to tonight's show, the inevitable comparisons started to fly.  Allison Williams, the Peter in Peter Pan, made a point of asking that people not "hate watch" the show.  "People are cynical, and that's a much more fun way to watch television," she said, but added that if viewers were approaching the show from an assumption of hate, the show would be destined for failure.  "Peter Pan lives and breathes by people believing in fairies.  I mean, that's a literal moment."

I can understand the concern, but I don't buy the argument.  Watching with critical eyes means just that -- comparing the production and performers to a standard of excellence.  There is a big difference between anticipating a poor performance and hoping for a poor performance.  The last time an audience was actively hoping for something awful was the summer broadcast of "Sharknado 2."  And bless the rubber shark industry and a plethora of chainsaws, the awful was fabulous and we loved it and hugged it and squeezed it and called it George. We're great cynics.  Just ask Mystery Science Theater 3000.

I hope tonight's production is good, or at least adequate.  But whatever it is, the only right thing to do is to judge it -- for better or for worse -- against all its brothers and sisters.  It can have it's own spin and creative liberties with characters, but if it's a musical, people better be able to sing AND dance AND act.  If it can't live up to its hype, Peter Pan deserves to get the hook.

I confess, I watched it because I'm a musical junkie and I couldn't not, and, if nothing else, Allison Williams was a credible singer. But Christopher Walken was either stoned, reading from cue-cards or both, and I would have preferred Christian Borle as Hook (the traditional double casting) even if he's not a big enough 'name.' (Theatre audiences know who he is.)

I kept thinking Williams would have been a much better Maria (if we could go back in time) in Sound of Music than she was Peter...she lacked joy and mischief.

Worse, there were people on Twitter, and presumably offline as well, who really had no idea that Peter Pan is ALWAYS played by a woman.