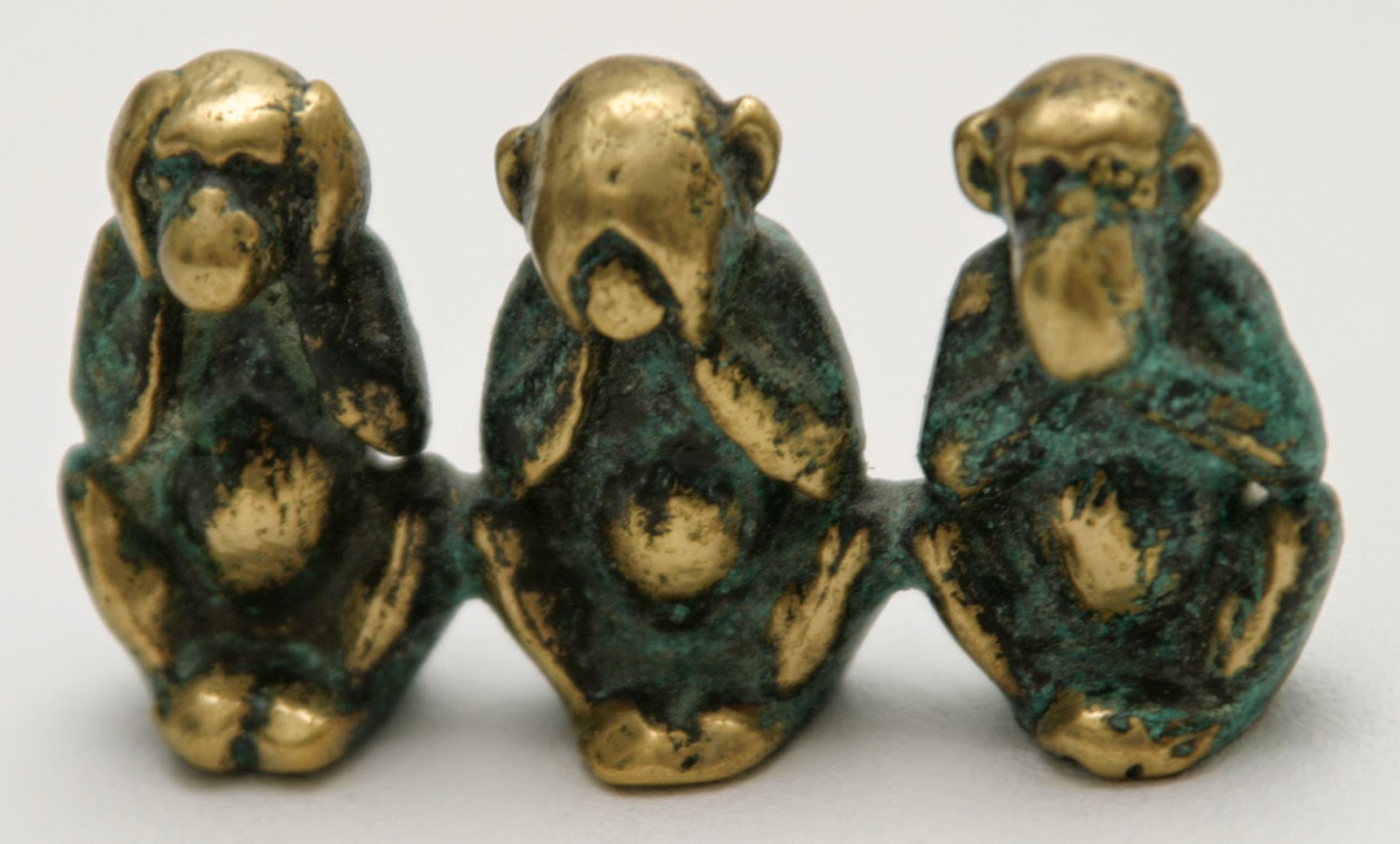 The story of The Three Wise Monkeys is an interesting one with more than one interpretation as to its meaning.  For some it represents the Buddhist philosophy that encourages people to refuse to participate in evil things.  Don't see it.  Don't listen to it.  Don't speak of it.  It's a admirable philosophy and a worthy goal, to be sure.  For others it speaks to everything that is wrong with those who refuse to acknowledge evil as it exists in our daily lives.  If you do not see evil, hear evil or speak of the evil, you live surrounded by blind ignorance and apathy.

Lately it's everywhere: Evil.  Ignorance. Apathy.  It doesn't seem to matter whether we talk about it, fight against it, ignore it, or refuse to live in its presence, it's still there.  Sometimes I think if I just didn't have a television, it wouldn't be so bad.  I wouldn't be smothered hour after hour and day after day.  And even though I don't watch much anymore, it's still there.  Always there.

Sometimes I think if I didn't read so many Facebook posts, or news sites, or op-eds, I wouldn't feel the crushing weight of sadness every time another helping of injustice is heaped on the plate of humanity.  So I try to limit my daily intake, and I stopped reading comment threads a long, long time ago.  But whether I read them or not, the stories still rain down in torrents, and the people argue about who is right and who is wrong.  And the name-calling.  Oh, the incessant, insane, juvenile, hurtful name-calling. It gets more vicious with every passing day.

And just to be clear -- I don't have a single answer to this problem.  I can't wrap up this post with my usual final sentence that ties up the loose ends in one simple yet profound thought. On the contrary.  This is a maze without a clearly marked exit, and I'm at an utter loss as to what to do and which way to turn.

All I know is that living a life that is free of evil is impossible.  It's a beautiful, idyllic thought, but for me, it's a exercise destined for failure.  But then what?  To do nothing seems as bad as evil itself.  To refuse to see only makes us blind.  To turn away from the cries of others only makes us deaf to ourselves.  To sit on the sidelines and do nothing only lays waste to our own lives. 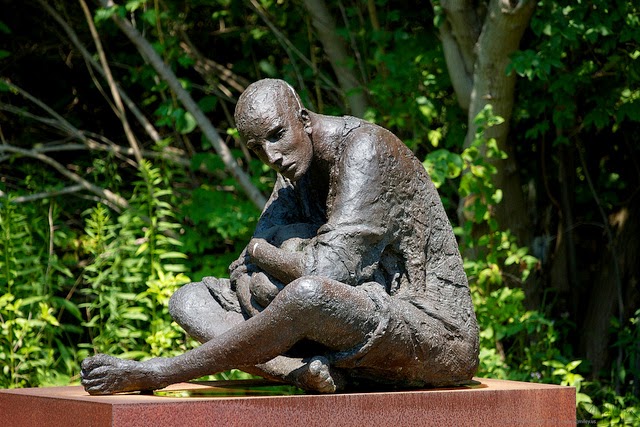 We need to do something, whatever that something might be.  Black lives matter.  Women's rights matter.  Education matters.  Equality for all people matters.  The environment matters.  Our children matter.  Our parents and grandparents matter.  Peace in our world matters.  I don't have any answers, but the one thing I know for certain is nothing will change and nothing will get better if nothing is the only thing that happens.

In addition, gamers get a Daily Deal – a assured match offer every day, depending on how a lot you’ve performed recently. You can also spin the Bonus Wheel for much more prizes, only at Jackpot 1xbet Casino. Caesars Casino customers will earn 1 Tier Credit and 1 Reward Credit for every $5 wagered on slots and $25 wagered on table video games. Caesars is offering all new bettors in PA a 200% match on their first deposit {up to|as a lot as} $100 with the usage of} promo code USBETSC10. And to sweeten the pot, all new sign-ups will also receive $10 on the house earlier than even making a deposit.