The Search for Common Sense

So once again, the dirty laundry of the world -- primarily the United States -- is going to be published on the Internet.  I think this is being done in the name of "honesty" or "transparency" or "truth" or "justice" or what have you.  Frankly, I'm just not buying it.

It seems that first you need to answer the all-important question: who are the bad guys?  And for that matter, who are the good guys?

The answer depends on who you ask, what day it is, which direction the diplomatic winds are blowing, and who is mad at whom at any particular moment.  The bad guy is always the other guy.  Half the time it doesn't matter which other guy, just so long as it's somebody other than ourselves.  The good guy is much easier to identify.  It's us, without a doubt.  Sometimes others can join us if invited, and usually only if we will somehow benefit from a cooperative venture.  But here's the problem:  if everybody thinks they are the one true good guy and everybody else is a bad guy, doesn't that mean the world is full of referees who pass down judgments on others...but never on themselves?

Somewhere in this conundrum we are missing a critical, yet simplistic element:  common sense.  Instead of pausing to consider ramifications down the road, we stampede over all the perceived bad guys, trampling on rules and mowing over common sense.  We do this in the name of justice and right -- our right -- which, being the good guy and all, is the most important right there is.  It doesn't matter if it affects others negatively.  After all, "don't tread on me" didn't exactly have a list of caveats spelled out at the bottom of the flag.

So now lots of countries, especially (but not exclusively) The United States are having to explain countless socio-political blunders that weren't meant for publication, like Russia is stuck up, Canada wears mismatched socks, and the current bad-guy Korea behaves like that crazy Uncle you pray won't show up for Sunday Supper.  It's going to take a lot of work to undo these seemingly trivial statements.There are many, many other, far more serious leaks of information as well, and it will take a lot more than a sincere "my bad" and bouquet of flowers.

Using a bit of common sense wouldn't necessarily change our course of action, but it implies, at the very least, that we step back and consider actions and results from all sides, both immediate and long term.  Hiding evidence of serious wrongdoing isn't the answer.  But tattling on others like toddlers on the playground isn't the answer either.  Should we be a global community ready, willing, and able to play dirty in order to suit our needs and exercise our freedom?  No.

I can't say whether these leaks should have been made public or not, but I wish the desire to DO right was as strong as the need to BE right.  If only everyone employed just a little common sense, maybe we could focus our attention on healing our world-wide community, instead of cleaning up messes everybody else leaves on our global doorstep. 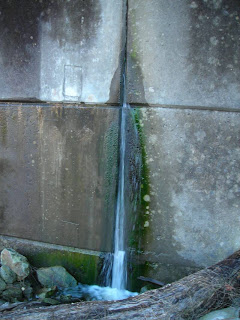