A Gathering of Spirits

This past weekend Tuna Clan joined forces with PeaceTuna, climbed into the Peacemobile (very nice) and drove to Flint, Michigan for an afternoon folk music concert. Now, for those of you unfamiliar with the mitten and its many stereotypes, Flint has a rather negative reputation. It's known for empty factories and staggering unemployment. Flint is the place you drive past so you can get to someplace else nicer. As we parked the car and walked around an enormous green space full of trees, rolling hills, walking trails and a little river, I found myself having to revise my opinion. Why didn't I know this was here before?

The concert was an all-day event featuring several different artists. We had traveled to hear Carrie Newcomer, a favorite of Peace Tuna. The singers performed in a covered pavilion, and whereas it would cost $10 to park your butt on a folding chair inside the pavilion, it was free to bring your own chair (still featuring beach sand) and sit outside on the lawn. We picked option B.

We got there early and were able to grab a shady spot under the trees and had a fantastic picnic. After a lunch of chicken, shrimp, various salads and munchies we sat back and enjoyed our incredibly good fortune. Sometimes we chatted, and sometimes we just sat back in our chairs and closed our eyes, marveling at our good fortune and thankful for the breezes that kept us cool on a very hot summer day.

When the first singer began his set, we looked at each other and began to evaluate our location. The shade was fabulous, but we really couldn't hear very well. We decided to reevaluate in an hour when Carrie was scheduled to play. In the meantime, there were cookies to eat.

An hour later Carrie began her set. We instantly knew we were too far away and quickly threw the picnic remains in the car and moved our chairs closer. Since it was Satan's Sunny Saturday (666 degrees) shade was still critically important. We moved our chairs to the left of the pavilion under some trees, but we still couldn't hear. We finally abandoned the chairs and stood right outside the pavilion, hugging what little shade was left. With a couple of speakers nearby we could now hear perfectly.

Her voice was deep and warm, and wrapped around you like a comfy blanket. All she had was a guitar, but it was a worthy partner whether the song was a gentle ballad or rocked out in a Southern country-blues-gospel kind of way.

I stood next to the cool white stones of the pavilion with my head resting on top of the wall, just tall enough to peer over and watch. Even from a distance it was obvious that she was entirely invested in every song she sang. I've seen so many performers and sung in so many performances myself over the years, it's painfully clear when someone is phoning it in. Not today. She sang with the heart of someone who sings because that's what you do. You don't sing for money. You don't sing for fame. You sing for three people as happily and with as much passion as you would for three thousand. You sing because that's what you were meant to do.

And the songs -- the lyrics, especially -- were unbelievable. It was as if someone crawled inside my life and pulled out experience after experience. (Go here to hear several of these in their entirety. I know! Unheard of!). Betty's Diner was a song about the many people who gather at a local greasy spoon, all surviving life the best they can as they live their own hurts and hopes. Geodes talked about rocks that cover the Southern Indiana landscape. Ordinary and non-descript on the outside, they contain spectacular crystalline treasures inside. Don't Push Send was a very cute song about the perils of email. Three Women was about the quiet strength of women as they gather to tend to others, or to themselves. I'll Go Too told how sometimes when we are the most afraid to face life's difficulties -- be it monsters under the bed, or saying goodbye to a loved one -- having someone offer to walk with you makes the journey a little easier.

For an hour I was absolutely transfixed. When it was over all I could think was Why have I never heard of this woman? With ten albums and a career that started over twenty years ago, where have I been?

My entire summer has been like this. In the past several months I've discovered treasures that have been around for years -- some of them right in front of my face. Maybe I should feel cheated. Or stupid. Or indignant. Maybe I should, but I can't. I feel lucky. I feel awake. I feel blessed. It's a yellow shirt kind of life.

Live your life like it don't get much better.
Walk right in like you own this joint.
Get right down to the heart of the matter.
Live straight to the point.
(Straight to the Point - Carrie Newcomer, 2001) 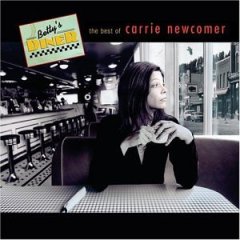 You know you want one.
Posted by GreenTuna at 6:31 AM

Thanks, Greentuna! I know I'm going to order one! Thanks for the idea!

Well!!! That makes this day even more rich and wonderful than before. Thank you, Greentuna. I'm so glad we all went. And Carrie would be happy, too!

After a review like that, I need to look this lady up! Thanks Tuna!

You shoulda looked this kid up...I knew the festival was going on, but sadly I have no cool friends interested in folk.

that and I was out of yellow shirts

flint really isn't that bad...even though i live 5 minutes from flint, it's where i go for many things (and this summer I work at the Flint Journal).