Every night I take stock of who is where. It isn't that difficult, since there are only two humans and two cats in the house. I know where the humans are, but I'm always interested to see where the cats have gone. There are several choices, but taking the COLD weather into account, they are narrowed down considerably. The favored locations include in front of the heating vents or on a blanket on the bed. When I finally crawl into bed, it's not unusual for both cats to settle in with me -- one at the foot of the bed and one to my right. Although which furry beast is where is somewhat interchangeable, I know to expect at least one of them every night. 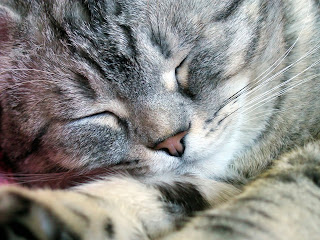 It's a comforting and comfortable feeling when things and people and events are exactly who and where and what we expect them to be. There is a certain satisfaction in having a set routine in our day. It's nice to be able to walk from the bedroom to the bathroom without smashing my toes into something immovable. Relationships with family and friends and colleagues are based on the personalities and our interactions with each individual person.

But who decides the norm? How do we determine what is usual, or routine? Is one personality better than another, and do we rank our relationships in some sort of hierarchy based on untold preferences?

The answer, of course is, there is no norm. Life shifts and changes, often without our permission. The same goes for people and relationships. Nobody and nothing is static, although sometimes we might wish otherwise. Life, like the tide, ebbs and flows and constantly changes. The question isn't how do we stop it? The question is, how do we recognize it? And then, the challenge is how do we learn to ebb and flow along with it? 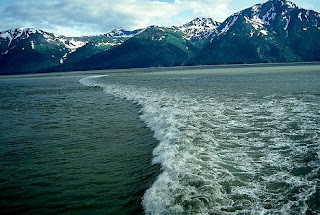 January 6th marks the season of Epiphany, when, according to the story, all was made clear. At least that's what we're told. It's easy for us, thousands of years later, to read the story and do a bit of Monday morning armchair quarterbacking, saying, "Oh yeah...Of course...Divinity manifested...I knew it all along." 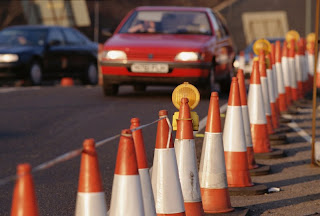 We are a people that loses our collective sanity when there is rerouting due to road construction, or when a television program is postponed because Sunday night football is running long. We can't handle people who suddenly become withdrawn or overly obnoxious or emotionally needy or physically unwell. Why? Because it's different. Because people or events or things no longer fit into our immovable, static existence, and we are too inflexible and indifferent to adapt. 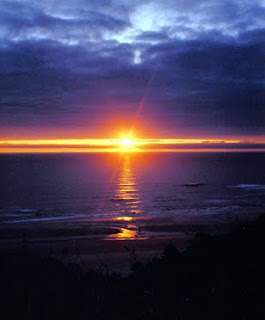 The challenge of the season is to be open to our own Epiphany. By its very definition, it's something that is an unknown until the sudden realization. It doesn't come with timetables and charts and plans. And who knows? Maybe learning to ebb and flow just a little bit will make each of us open to change, and able to recognize an Epiphany, whenever, however and whoever presents it.

Beautiful. Thank you for writing & posting this.