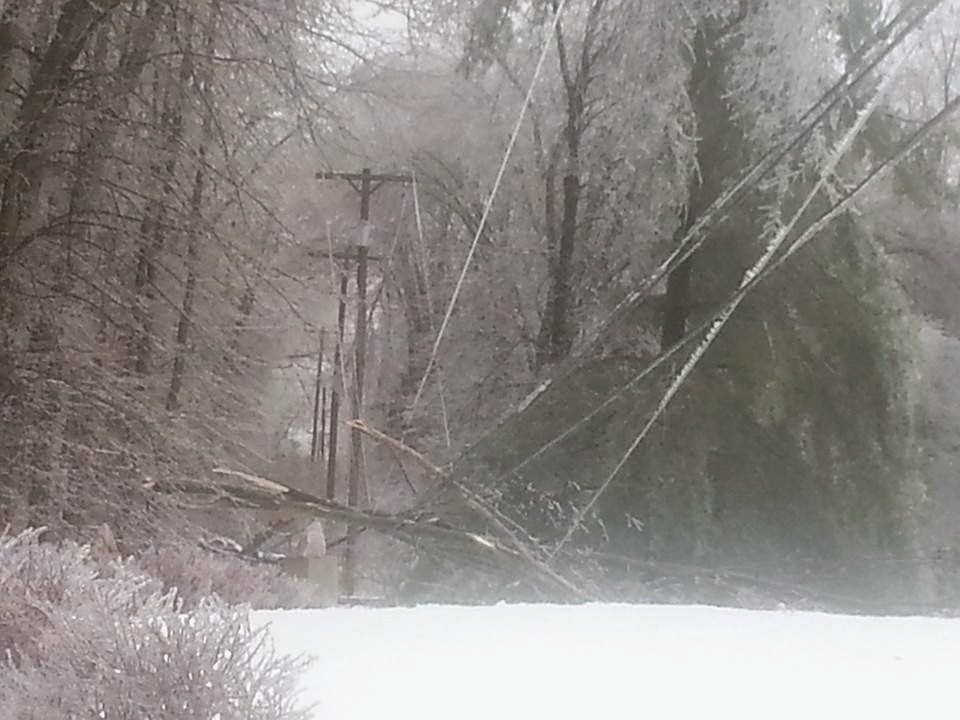 Day 4. No power. No miracle. But incredibly grateful.


"Still very cold and very dark at home. Grateful tonight for family, warmth and light. Merry Christmas to all."

After Day 4, it was impossible to know what to do or how to feel, so life was a mixture of humor, despair, anger and worry.  The interesting thing was, between the three of us, we somehow managed to never all be angry or depressed at the same time.  It was as if we had silently agreed that one of us would be the voice of optimism to help the others


"For those of you playing along at home, cue the sad trombone music. Despite it all, we were grateful for a warm sleep last night with family, and are mindful of what we DO have, even while we wish, pray, and yes, grumble loudly for what we don't. Merry Christmas, everyone."  #whereslinus #lightsplease

Day 5.  The situation was incredibly difficult, and no matter how we felt, none of it helped.  We had no power, and we were powerless.


"Knock, knock. Who's there? Not electricity."  #notfunny


"Answer: no.  Question: do I have power, patience, heat, any viable groceries, or hope?" #endofdaysix #bythistimegodwasgettingreadytorest

Humor, when we could manage it or stumble across it, was a savior.  Twitter came to the rescue as some genius made a fake BWL account (Board of Water and Light) to keep us updated in the manner that we were, thus far, accustomed, which meant, not at all.  Thank God for sarcasm.

"My house has been declared an Amish-only zone.  Cats are currently growing long bears and learning to craft quality furniture."  #endofdayseven #buyingluckyoctapustomorrow

The biggest problem (aside from the whole ice and electricity thing) was the abysmal lack of communication.  For example, we were told not to call BWL to let them know that the power was out because they already knew exactly where all the outages were.  That would later be classified as a pants-on-fire lie.

However, we DID get an OUTRAGE map, which was amazing. 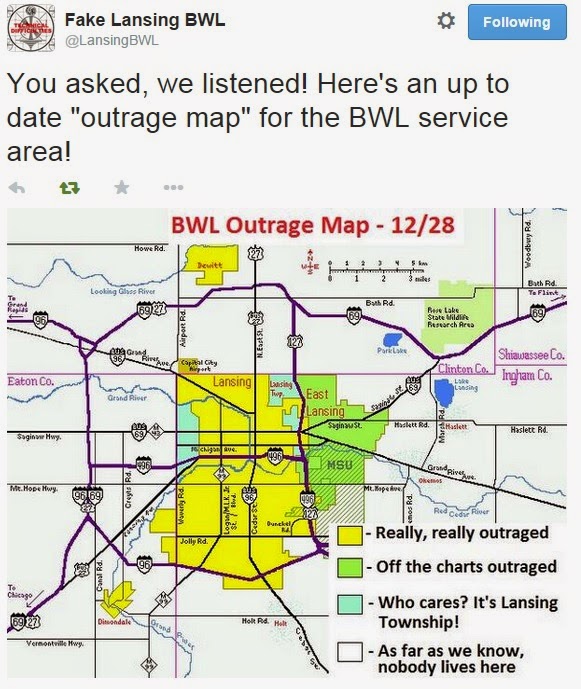 One week gone. What next?

Thank you for posting such a great blog! I found your website perfect
for my needs. It contains wonderful and helpful posts. Keep up the good
work. Thank you for this wonderful Blog! Tik Tok