Parent. To parent. The be involved in the act of parenting. It seems so simple. Many of us are a parent, and live that role every single day. But let me tell you, it's hard. It is SO incredibly hard. Sure, there are the wonderful warm and squishy times when your child is endless blog fodder with their cute sayings and quirky antics and chocolate covered kisses. And thank God for those times, because without them, every single parent in this world would be curled up in the fetal position in some sort of asylum.

It's hard to parent, because to do it right, or well, or even just barely good enough so your kid doesn't grow up to be tonight's $1000 reward on Crimestoppers, you have to be the heavy. And if you're a single parent, there are no days off. No time for good behavior. Forget having an chance to play good cop while the other parent plays bad cop. There's only one sheriff in town, and that's you, all day, every day, world without end, Amen. 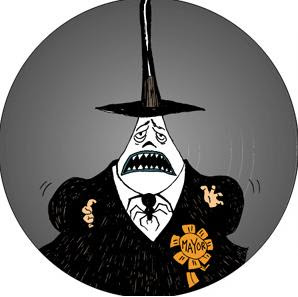 Now -- just as you're wrapping your head around the notion of being the everlasting enforcer, let me assure you that parenthood isn't just about being Corporal Punishment. No, you also get to be the enthusiastic supporter of all activities at all time. School plays, extra-curricular functions, dances, field trips, rehearsals, recitals, concerts, birthday parties, classroom events -- why, it's a veritable feast of so much to do, you'll think how boring your life must have been before all this fun began while you wonder where exactly you live because Lord knows you haven't seen your house in daylight hours since school began in September. 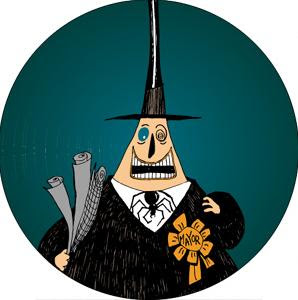 Parenting is a very schizophrenic existence, because there are times when you have to morph from a parental Jekyll to Hyde damn near instantaneously. Or even better (or worse?) on the rare occasion, pull a Picasso and perform both roles at the same time. Let me assure you, this is no small trick. I still find it difficult to talk out of both sides of my face simultaneously, and yet there are times when it simply must be done, because, while it's important to remain supportive and encouraging, you can never stop being the law of the land.

And then there is the undoing. God help me, this may be harder than the rest combined. If you think it's hard being a parental police state, try bringing sense to the senseless and overcoming hurts that were heaped on the unprotected. Leading by example is the name of the game, even when it seems you are a lonely example of one in an otherwise uncaring, unfeeling, selfish world. You're tilting at wind mills there, Don Quixhote. Enjoy that.

It's relentless and exhausting. Or maybe more accurately put, it's relentless and I'm exhausted. There are days when it seems there is no end in sight and no break from the madness. But still you get up, take a shower and roll the daily dice. Hopefully you'll break even. Hopefully the good will outweigh the bad. Hopefully manners will be minded, rules with be obeyed, and after spending the day working for the man, there won't be a raft of permission slips, a stream of order forms, and a mountain of middle school homework all needing to be signed and completed by the morning.

Nobody said any of that.
Everybody was right.
Posted by GreenTuna at 7:47 AM

I've written that parenting is hard so many times, but never with such grace.

That was very well written. I have written and read so many words on parenting but none quite so poignant.
I am dealing with so many parenting issues right now that this post of yours has brought tears to my eyes. Parenting is hard. Having three teenage children is hard. Having one get her heart broken by a long-time boyfriend is very hard to watch. What do you say? How do you deal? How can a mom take away that kind of pain? We can't. I can't. I feel helpless.
Being a parent sucks right now. Thanks for letting me know I'm not alone.

This is one of the best pieces of writing on parenthood I've come across. As the father of a 3 year-old it's both scary and comforting to know that the challenges and rewards will only get bigger and different.

And here I was thinking it was only me :p
It eases the pain a bit to know there are more parents struggling to do the right thing. And I can finally dump the thought "it must be something I'm doing wrong".