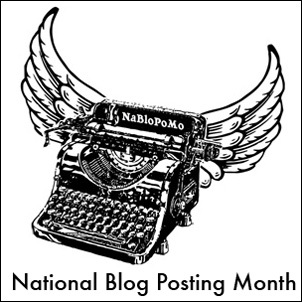 If you spent much time in the Tuna household, you'd discover fairly quickly that we are a widely diverse bunch ... and there aren't even enough of us to make a bunch. TeenTuna and I are like the Twelve Faces of Eve, except that we have an extra two or three hundred faces in reserve.  We are equally happy watching South Park as we are watching "Live from the Met" on PBS.  We love Rick Steves just as much as Phil Keoghan, and although I'm sure it would never happen, I'd pay good money to hear a frustrated "MY OX IS BROKEN on an episode of Europe Through the Backdoor.  Tonight the iPod down the hall was blasting Hilary Hahn playing Bach violin concertos, which was followed by Jesus Christ Superstar, which in turn was followed by some Katy Perry drivel that I tried to ignore.  I do have some standards.

It's a blessing and a curse to like so many things.  On one hand, we can never be accused of being picky, but on the other hand, it's can be difficult to make a decision.  All food sounds good, I have never come away empty-handed from a book store, and although my instant movie cue is heavily weighted documentaries, foreign films and drama, there are always entire seasons of Law and Order to Watch.  Or Mystery Science Theatre 3000.


And oh, that little memorization thing.  It's a genetic defect trait in my family that just seems to intensify with each generation.  Say one line from a movie, and we're off and running for the next 10 minutes.  In fact, you would only have to say something that vaguely sounds like something we know and WHAM -- we're at it again, reciting dialogue or breaking into song at the slightest provocation suggestion. These mini performances always end in fits of hysterical laughter, because we know just how incredibly funny we are.  Sure, there are exasperated sighs and the occasional confused head shake, but those don't slow us down at all.  In fact, it probably feeds the frenzy.  So word to the wise: if you throw us a bone and give us some sort of prompt or cue, we won't even take the time to thank you ... we're just going to break into whatever routine fits, and then, well, break into fits.  So be particularly careful of words and phrases such as Harold, Rumbly, crescent rolls, star fish, narwhal, unicorn, I'm being oppressed, the salmon mousse, That's the fact, Jack!, boat nectar, The little boat!??, brain damage, Canada, New Math, Edmund Fitzgerald, and The Vatican Rag to name just a few.