I was IMing with TheGenius today in regards to a comic I had sent him, since I thought he, if anyone would a. get it, and b. think it was funny. 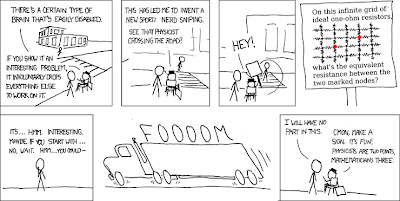 I didn't have the comic in front of me at the time, and let's face it, I don't generally deal with these kinds of topics in my daily existence ever. Sadly my lack of knowledge quickly became painfully obvious.