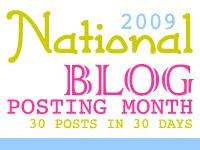 Public Notice:  It's 9:15pm on a Wednesday night, and I am NOT watching Glee.

In fact, all televisions in my house are in the upright and OFF position, which is highly unusual for my environs. I like to have some noise going on at all time, but for some reason tonight just whispered it would prefer the quiet. So Glee-free, it is. 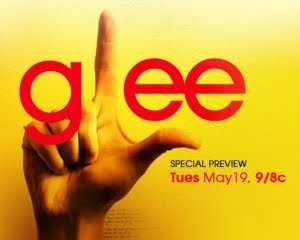 What would Robert Shaw do?
Glee is one of the new hit shows of the seasons, and although it is a show about singing, and, you would think, as a singer, I'd love it.  I'm a bit embarrassed to admit it, but where Glee is concerned, I'm at best on the fence.  I don't particularly like the over-produced numbers, and I can't really warm up to the goofy, frenetic plot.  Yet somehow, it is these two elements in particular that people just LOVE.  When GLEE comes on, most people turn off the rest of their world, while I can barely muster scattered attention even when chained to the living room sofa folding socks.  At best, I'm just lukewarm on the entire affair, and when I hear people raving about an episode, I feel like I've missed the boat.

Truth be told, there are several popular shows that I've never warmed up to.  LOST is another prime example.  Never care for it.  Tried for a few episodes, but gave up.  I might blame it on 4-letter titles, but MASH blows that theory out of the water, seeing as how it was awesome from day one until the last "Goodbye" was flashed on the screen, so that can't be it. 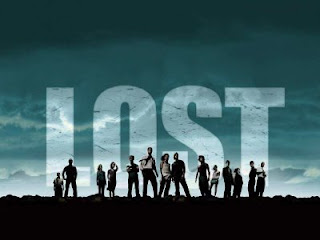 It didn't take me long to be lost in LOST and then to just not care. 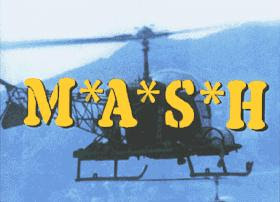 But thou shalt not speak ill of M*A*S*H.
(E*V*E*R)
I'm not interesting in anything vampire-y either, so I feel as if I should offer my apologies to whatever other vampires shows there are or were or are to come. I am afraid I will never understand your commercial appeal to exist and/or be slain on a weekly basis. 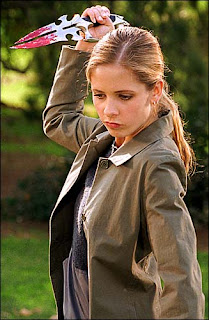 Young Lady, I'd better NOT see you
running through the house with that thing!
It's so interesting what people do and do not cling to in terms of popular entertainment.  I certainly have my mental list of like an don't like, and I'm always astounded when the taste of others is so opposite of myself.  I know someone who told me once they hated the movie E.T.  Seriously, hated.  To me, that's unfathomable.  What's to hate?  Reeses Pieces, cute Drew Barrymore, fingers that light up, glow in the dark heart, and the whole "I'll....be....right...here."  It was funny, it was touching and it was a sobfest.  I loved it.  Still do.  But I know those who don't. 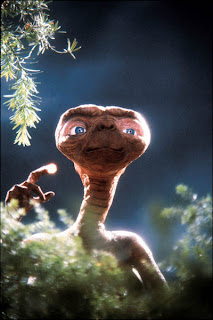 I shall call him George,
and I shall hug him and squeeze him....
On the flip side, I hate hate HATE HATE HATE "It's a Wonderful Life," and I know it's beyond scandalous to say such a thing.  After all, it's a movie full of good things and nice people and snow and angels and Christmas rolled into one.  But NO, PLEASE NO.  I will go scrub a toilet before I sit down to watch that treacle, and yet I know lots of people who think I should be institutionalized for evening thinking bad thoughts about George whats-his-name and OHHHHH, that girl with her whiny "Teacher says...." spiel at the end of the movie.  I know it's one of the great movie lines ... it's just that I don't want to hear it.  I'm really sorry, because I think I'm supposed to love this mess.  But no thank you, thank you. 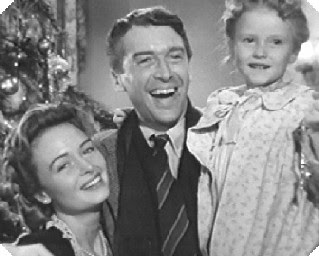 Teacher says, put a sock in it.
There's just no telling, I guess, what will speak to the masses and what will fall flat.  GLEE is on a roll, and huzzah for it, says I.  I'm keeping a half-eye on it in the hopes that it might lure me onto the bandwagon and I can be a cool GLEE fanatic like the rest.  But until then, there is a weapon.  The remote control is everyone's ally, and even if nobody agrees on what it good and what it bad, the friendly remote makes it fast and painless to escape the current torture and take a spin around the dial. 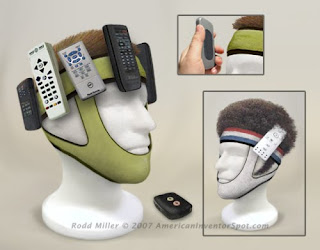 It's scandelous, I know.  But swimming against the tide every now and again makes me happy.
You might even say GLEEful.

But then again, I might roll my eyes and warn you not to push it.